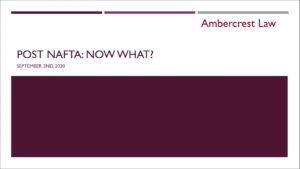 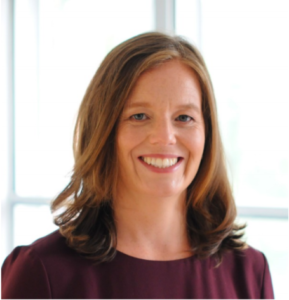 Marie-José (M-J) Régimbal has been a practicing lawyer for over 20 years. Her first five years were spent practicing commercial law with one of Canada’s large national law firms. Following this she joined the Department of Justice where her practice focused mainly on procurement and contracting law, and the privatization and divestiture of government assets and responsibilities.

The breadth of Marie-José’s experience in procurement law is without parallel. Her most recent role on Justice Canada’s procurement team was as lead counsel for the Royal Canadian Navy’s acquisition of a new fleet of warships to replace Canada’s aging frigates. M-J spent two years shepherding this complicated $60B transaction — one of Canada’s largest and most complex procurements to date.

Prior to the acquisition of Canada’s new warships, M-J had provided legal advice in respect of a number of multi-billion dollar defence procurements, including contracts in support of Canadian flight training services and facilities required by NATO countries whose geographical size is not sufficient for effective flight training. Marie-José has also provided strategic legal advice on other important Department of National Defence projects. This considerable experience in defence procurement has given M-J an extensive understanding of national security issues.

In addition to her experience in the world of defence procurement, M-J spent a considerable number of years providing legal advice to Elections Canada in connection with its commercial and procurement issues, including the acquisition of goods and services required for federal elections, and the leasing of office space for returning officers and facilities required for polling stations across Canada. This work involved the review and negotiation of many large contracts, including sole-source contracts for the provision of telecom services required by returning officers, and the drafting of procurement documents for Elections Canada’s first web-hosting contract. Marie-José’s initiative in creating a robust institutional framework for procurement at Elections Canada, was recognized by the Office of the Procurement Ombudsman.

Marie-José’s experience while at the Department of Justice included providing legal advice in connection with the federal government’s divestiture of significant assets and privatization of government operations that took place in the ‘90s. These divestitures and privatizations were implemented through a variety of legal structures, and resulted in the transfer of Canada’s civil air navigation responsibilities to NAV Canada, establishment of the St-Lawrence Seaway Management Corporation to assume responsibility for the operation and maintenance of the St. Lawrence Seaway, and the winding-up of the Canada Ports Corporation which entailed the transfer of Canada’s major operating ports to not-for-profit corporations, and many of its smaller ports to municipalities. More recently, M-J was lead counsel with respect to the restructuring of operational responsibility for Atomic Energy Canada Limited’s nuclear facilities and programs, which was conducted and completed by way of an innovative, long-term procurement transaction.

In providing advice to government clients on major procurement initiatives, and then subsequently providing legal support during the implementation of these initiatives, Marie-José gained a broad range of experience in the resolution of disputes arising which arose with respect to various topics, including intellectual property and licensing issues, and liability and insurance issues. M-J has also provided advice with respect to other aspects of commercial transactions, including performance guarantees, security-related instruments, matters relating to privacy law, and real property issues.

CFTA and CETA have been in force now for three years and NAFTA has now been replaced with a trade agreement that does not have a procurement chapter. The WTO-AGP replaces NAFTA as it relates to the US and CPTPP replaces NAFTA as it relates to Mexico. What does this mean in terms of procurement processes and documents; and what challenges lie ahead