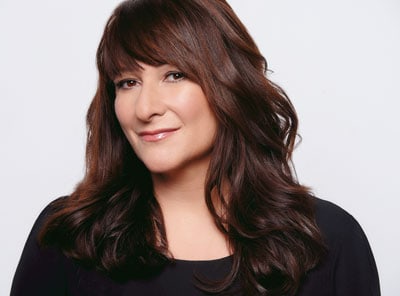 Kate Davis has the unique ability to find humour in any situation and offer creative solutions to defuse frustrations in both the workplace and at home. A hit comedian, who has opened for the likes of Bill Clinton and Barbara Walters, Davis’ generous insight and hilarious presence is a powerful combination that helps organizations empower their staff with effective tools for managing stress and sustaining motivation.

A 12-time Canadian Comedy Awards nominee, which includes a nomination for the prestigious Phil Hartman Award, Davis has also been the star of her own hour-long comedy special on CTV and the Comedy Network. Additionally, she has appeared on Breakfast Television, Star TV, Toronto 1, Prime, WTN, TVO, and CBC Radio’s The Debaters. Davis also stars, writes, and produces the hit web series “Best Before”, which won at the Canadian Comedy Awards and was chosen for “Standup and Pitch” at the Just For Laughs Comedy Pro.

On stage, Davis has performed at the Winnipeg Comedy Festival, Just For Laughs, and the Hubcap Comedy Festival. During the 2008 season of Last Comic Standing, Davis’ sense of humour endured and carried her into the finals in Canada. She’s also released a new comedy album called House Arrest.

As a writer, Davis has been published in Today’s Parent, Mom, and Caregiver magazines. She is also the author of two books, The Breastfeeding Diaries, which won the iParenting media award, and Second Best Mom.

Between our jobs, home, and relationships, learning how to balance our new lives demands a strong sense of personal development and, most importantly, a sense of humour.

Comedian Kate Davis has the unique ability to find humour in any situation. After being quarantined, diagnosed positive, and beating COVID-19, she experienced first-hand the importance of adaptability — especially in circumstances beyond our control — and how this ability allows us to explore creative solutions that can be applied to every area of our lives.

Participants will leave with an understanding of practical techniques for refueling, rediscovering, and re-engaging their true selves and finding a balance, plus learn how to use humour as an instrument of communication to create an atmosphere of compassion, caring, and productivity.