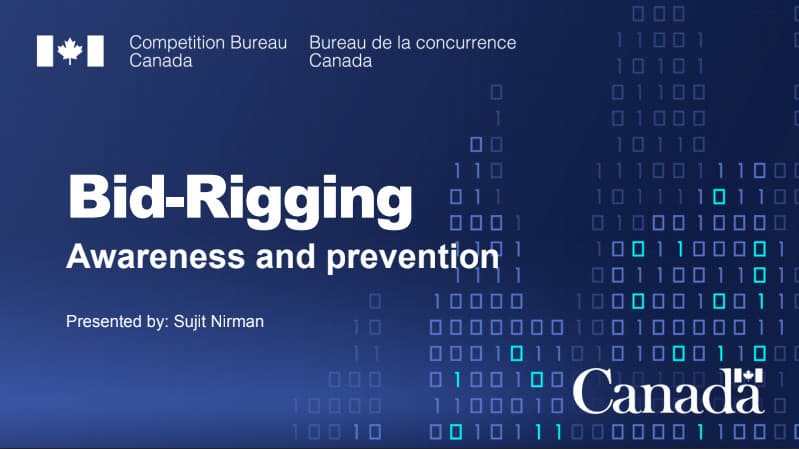 Sujit Nirman, Competition Law Officer, Competition Bureau;
Sujit Nirman joined the Competition Bureau from the Ontario Ministry of the Attorney General where he worked as an Assistant Crown Attorney in Ottawa for one year.  Prior to that, Sujit was an associate at Beament Hebert Nicholson LLP in Ottawa, where he practised civil litigation, representing clients before various court levels.  Sujit obtained his law degree from Osgoode Hall Law School, where he also obtained his Master of Laws.

Julian Gallarino, Competition Law Officer, Competition Bureau.
Julian Gallarino has been with the Competition Bureau for a year.  Previously, he worked as an Assistant Crown Attorney in North Bay for the Ontario Ministry of the Attorney General.  Julian also worked as an associate at Wallace Klein Partners in Law LLP in North Bay, where he practiced criminal law, civil litigation, and corporate law.  Julian has represented clients before various courts in both English and French. Julian obtained a doctorate in law and a law degree from the Faculty of Law of the University of Ottawa.

The Competition Bureau, as an independent law enforcement agency, ensures that Canadian businesses and consumers prosper in a competitive and innovative marketplace. It is also responsible for redressing anti-competitive conduct, which causes harm to Canadians, such as bid-rigging. This presentation will enable procurement specialists and other public servants who work in the field of procurement to recognize bid-rigging in order to prevent it and take action when it occurs. Participants will also learn what bid-rigging is, how to identify warning signs and what steps they can take to prevent it.